Ethnic Rhinoplasty is another term for rhinoplasty surgeries performed on patients of ethnicity. Dr. Kassir see patients of all ethniciites and is an expert in:

Rhinoplasty in ethnic patients often requires a different approach than in Caucasian patients. Although individuals vary, there are some features in common to different ethnicities that make rhinoplasty for each ethnic group distinct. And these distinctions need to be taken into account to achieve great rhinoplasty surgeries.

African-America Rhinoplasty
Most African-American/black rhinoplasty or ethnic nose job patients want to improve their nose without removing their heritage and ethnic identity. Usually, these patients want to lift the bridge, enhance their profiles or narrow the nostrils. Dr. Kassir has the skill and sensitivity to achieve a cosmetic result that beautifies the face while respecting and preserving ethnicity.

There are also physical differences that a good plastic surgery will understand. Specifically:

When compared to other ethnic groups, Asian facial anatomy traditionally differs in size, shape, skin texture or thickness, structure and appearance from other ethnic groups. These appearances might be slight, but they are very important when it comes to Asian rhinoplasty. Asian noses have different attributes (thicker, more sebaceous skin, flatter bridge, wider base) than Caucasian noses. Traditionally, Asian noses have flat bridges, sometimes with less definition and wider nostrils. They may also have a minimal tip. Most Asian patients who want to redefine their noses with rhinoplasty wish to enhance their nose symmetry, while creating a more defined, stronger bridge and tip. They often want to narrow their nostrils - which can be done during surgery, too.

What if your face was your only fashion statement? Your best accessory might be your nose. That is the case in Iran, which has been called the "nose job capital of the world". Iran has been named the nose job capital of the world - with seven times more operations carried out there than in America-despite the high cost of the surgery. The goal is not to make an Persians look Caucasian. The nasal proportion guidelines that plastic surgeons in North America are taught have not, traditionally, taken different ethnicities into account. Therefore Dr. Kassir has learned and mastered techniques to recognize and accommodate ethnic features in order to achieve a result that retains the patient's ethnicity.  He operates in the middle east every year and has broad experience with middle eastern noses (Persian, Lebanese, Palestinian, Jordanian, Syrian, Israeli, Iraqi, and Turkish).

There are actually three categories that are used to distinguish Hispanic or Latino noses:

From these three categories, the Mestizo nose and the Mexican-American nose require a highly skilled surgeon to perform rhinoplasty surgery on them. Dr. Ramtin Kassir has performed many nose surgeries on Hispanic and Latin American patients, does not believe in the "one nose fits all" idea. Instead, he believes in revealing every person's uniqueness which should be manifested while performing a rhinoplasty surgery, adjusting the tools and techniques used to each individual to achieve an overall harmonious look.

Ethnic Rhinoplasty Before & After Gallery

&ldquo;Dr. Kassir is truly an expert in ethnic rhinoplasty,&rdquo; says our patient. Meet our patient, who is 23 years old and of Vietnamese background. Vietnam …

Ethnic Rhinoplasty: The Nose Job That Stays True To You

With the increasing acceptance and popularity of rhinoplasty procedures, the majority of the population has either considered it or has gone through with getting a … 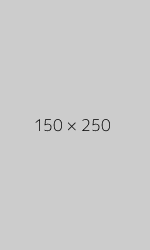 Many transgender individuals find nasal refinement to make one of the most marked improvements in facial appearance.

"Hispanic" or “Latino” often refers to people with Spanish, Portuguese, South and Central American heritage, as well as some Caribbean co…

A droopy tip (nasal tip ptosis) occurs when there is a more acute angle between the Frankfort plane and the long axis of the nostril. The root of thi…

A broken nose is commonly referred to as a nasal fracture and is due to a crack or break in the nose. It can be a painful experience and lead to swel…